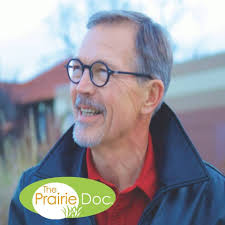 I believe in serendipity, I do.  I believe that people join us in our walk for reasons designed by someone other than ourselves. Or so it has seemed in my life.

Nearly four years ago, I found myself impotently trying to punch my way out of the stubborn paper bag of depression.  The mounting losses had rendered me unrecognizable to myself.

Serendipity came then in the form of a powerful woman.  I met Maggie Callanan in my driveway. She was a new neighbor, but it was not until she told me she was a Hospice nurse that the familiarity of her name hit me over the head.  Maggie could not know then that seven years before someone had given me Maggie’s best-selling book “Final Gifts.” It was a gift given while my mother lay ravaged with stage four cancer.  Nor could Maggie know that three years later her second book, “Final journeys,” would join “Final Gifts” on my nightstand as my father lay dying.

I leaned on Maggie when my elderly uncle moved to be near me for the final eighteen months of his life.  She patiently counseled me as Uncle Bobby’s health faded, all the while encouraging my writing. Maggie was the only soul who came to sit with me in the dark of-of a July night as I said my final goodbye to my beloved bachelor uncle.

Serendipity brought me an unforgettable friendship with a woman who helped me find myself again.

Today I want to introduce Dr. Rick Holm, a South Dakotan physician who has committed a significant part of his professional life to care of the aging.  He is also known as “Prairie Doc,” as host of a weekly, one hour, live medical questions program on South Dakota Public Radio and a 30-minute live radio call-in show.

You might wonder how a fledgling writer from Connecticut comes to know a Prairie-born, Doctor of Geriatrics of significant renown.  Serendipity, of course!

Rick and Maggie have known each other as distant colleagues in the business of death and dying. In the midst of writing a book about aging and end of life care, Rick was diagnosed with cancer. In an unexpected moment in time, his writing took on deeper personal meaning.

Rick reached to Maggie for review of his manuscript.  Maggie suggested to Rick that she had a friend who might be valuable in tweaking portions of the book to inject some lyrical prose.  Two medical powerhouses and this neophyte writer? Humbled seems too mild a word.

These past six months I have come to know Rick Holm through his manuscript.  I wish it had been released in time to join Maggie’s books on my bedside table while I cared for the dying loved ones in my life.    I now consider Rick Holm a friend.

Please Welcome Dr. Rick Holm to my blog space.  If you are, or suspect you will someday be, given the gift of sharing the end of life journey with a loved one, I encourage you to purchase Rick’s book which can be found on Amazon:

I’ve lived a life formulated to live long: eating right, exercising daily and savoring friendships and family. Despite this, I still came down with cancer two years ago. I’ve been treated with chemo, radiation, major surgery and now, with spread to the liver, I’m back on chemo. I’m still here and truly feel blessed and thankful for every day, but you can understand why, lately, I’ve been thinking about death.

Loving my enemies has made this easier. As our kids were growing up, I would find myself saying to them ”I will always love you unconditionally, but sometimes I don’t like what you are doing.” We should say that to our enemies, too. Here is the lesson: hate is poisonous, especially to the one who harbors it. Remember what Jesus said (as did Mohammed and Buddha), “Love your enemy.” I believe hating others, even when justified, only destroys us. When angry, we should point the anger at what he or she is doing, not at the person. Use it as propulsion to fight to the tooth for the cause . . . but let go of hate. How is this related to death, you ask?

When people ask me how I contend with the prospect of my dying sooner than I’d like, I go right to the opposite of hate which is love. I know it sounds clichéd and unoriginal but the word love embraces the spiritual, inner-warmth I feel when I value the other person (even if he or she is my enemy). Truly valuing others gives more meaning to my time limited life and helps take away the fear of my own death . . . but there is something more.

Some say, “One day, you’ll be just a memory for some people.  Do your best to be a good one.” That’s not bad advice, but I think the measure of our worth after we die, has less to do with being remembered and more to do with the reflection of our actions in others. It’s that Pay it Forward or that Jimmy Stewart Wonderful Life sort of thing. I believe meaning and purpose comes with the good that we do and how that moves others forward (whether they’re aware of it or not).

Our lives are all like a book that becomes more precious as it nears the end, especially by savoring friendships and family, by letting go of hate and by paying good deeds forward. Why waste any time fearing death?

2 thoughts on “Serendipity, A South Dakotan Stranger, and me…”