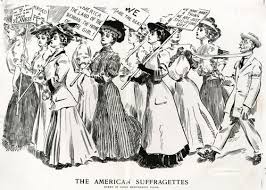 I seek to understand.  I try to make a rational argument, but responses are irrational and facts are muddled and dressed up as truth.  So, I walk away. The fact that I was a participant in the Women’s March, an eyewitness to history, seems to mean little to those determined to diminish it.  Apparently, those who had the audacity to walk are extremist, anarchists, and, naturally, angry. Those positioned to pounce and pick from the comfort of their home appear to have the inside scoop.  Peaceful demonstrations reimagined:  Anarchy!  Fox News told them so!

That wasn’t my experience on a sun-drenched Saturday in Key West, Florida, as I walked with three thousand plus along Duval Street, chanting, singing, smiling, hugging and admiring.  I walked alongside a red trolley, seated within were extraordinary men and women, most on the north side of 80, whose aging bodies made the walk impossible.  They carried signs, and some wore silly hats. They all looked alive, purposeful, and grateful that they found this moment, late in their life, to exercise the rights the Founding Fathers gave them: peaceful protest. It was a meaningful moment in time which they thought might never be realized as their lives look to the twilight.

I spoke with an African American woman grinning from ear-to-ear with her best friend.  Her tee-shirt said, “I Am My Ancestor’s Wildest Dreams.”  My God, that’s a sobering, wonderful thought, isn’t it? It was not lost on that beautiful lady that this great country, in the Bill of Rights and Amendment’s to the Constitution, gave her the right to this day, to walk peaceably with her sisters and brothers along a palm-shaded street on the Southeastern most tip of the United States of America.

Young women, many with their husbands beside them, marched pushing strollers.  Most of the children were girls, the daughters for whom they dream big dreams; that the world will not threaten to dismiss them because of their gender.  Maybe, just maybe, those baby girls will grow up in a world where this conversation is spoken in a nod to history.  How I wish my own girl had been with me.  She wasn’t.  Rather, she was wielding a lacrosse stick in an indoor pre-season league preparing for her senior season.  Title IX at work.

In Key West, Los Angeles, Washington, Paris, Stockholm, San Francisco and throughout this great world, women gathered and welcomed the support of men in The March.  I had friends marching in Washington, New York, Hartford, Phoenix, and Omaha.  All of them reported joy, empowerment, and an appreciation that we live in a country where such a thing remains an inalienable right.

Key West is an interesting place.  This is the first time I have been to the Keys, and as I write, in the near distance, I see white caps dancing on water whose shades of blue seem to change with each gust of wind.  My view of that vast Atlantic is disturbed only by majestic palm trees and thatched palapas where weary northerners lounge, desperate to re-energize on a late January day.

Key West belongs to Ernest Hemingway.  If there ever was a man’s man, it would be Hemingway.  He was a big game hunting, deep-sea fishing, safari-loving, bombastic man with the soul of a poet.  It took me years to appreciate his writer’s voice.  He had none of the grandiosity of my favorites: Fitzgerald, Austen, and the brilliant Oscar Wilde. My literary palette has matured with age, and I now find Hemingway’s direct, simple, potent narrative powerful.  For all his surface bravado, Hemingway had a fascinating perspective on women.  Despite his traditionalist view of them, his women were strong, complex, and clearly important in his personal and literary life.

From the book “Hemingway and Women”,

“While Hemingway was certainly influenced by traditional perceptions of women, these essays show that he was also aware of the struggle of the emerging new woman of his time.”

As I marched in Key West, I imagined Ernest sitting on a Duval Street Veranda, in a rocking chair, cigar in one hand, and a potent Bloody Mary in the other, fascinated by the scene that played out in front of him.  I imagined Ernest Hemingway, with a nod and great guffaw, shouting out, “Have at it, ladies!”  I think Hemingway wasn’t intimidated by women, as much as he was bewitched and besotted by them.

Ah – but it’s not the early twentieth century.  It’s the new Millennium and so I’ll return to my thesis: I’m trying to understand…

Perhaps the most off-putting accusation about the March was about violence and broken glass at a Starbucks in Washington DC.  Please don’t muddle the facts.  That despicable act happened Friday during an Anti-trump incident that was not part of the Women’s March.

Regarding demonstrations, the people’s right to participate, and the charge that the President’s supporters would not have marched had Mrs. Clinton won the election?  A tweet from the President on November 6, 2012:

Would I have preferred that Ashley Judd control her rhetoric?  Sure.  Do I wish the same thing of Madonna?  Yup.  But what about the magnificent Gloria Steinem, Scarlett Johansson, America Ferrera, and Michael Moore, who reminded all of us to stay involved in the process, be doers, be dreamers.  What about all the organizers throughout the world who have no celebrity cache, but pulled off one of the greatest, most unexpected, most peaceful mass Marches in history.

I’m proud I was part of it.  Those who stayed home? Maybe save your rhetoric for the things you show up for?

To my friends who share my perspective, here’s a thought that might surprise you. I wish, for the love of Pete, that those who supported the March might tone down the oratory and banish base language from their social media.  Rise above it, use your intellect to state your case. Don’t take the bait. We have a responsibility to elevate the conversation with thoughtful, factual discourse. I believe our better angels possess a better vocabulary.

One last thing which might seem small, but here we go:

Mr. President, when you walk the walk of Washington, Lincoln, Roosevelt, Truman, Eisenhower, Reagan, Bush, Sr. and Obama, maybe you could give some thought to the gravitas of the Office of the President of the United States of America.  Is it too much to ask that you button your suit jacket?  A little respect, that’s all we are asking for.